I realise it’s been quite a while since I posted on here as we have been very busy. We are close to finishing the suite of sheds so I’m looking forward to posting about them when they are all done. In the meantime, here is a post on household plants.

Is it true that my love of gardening has started to slowly creep its way inside. I really love greenery inside and I find it really calming but I’ve also asked Clint a couple of times whether there’s too many and he assures me I’m all good.

I purchased this String of Pearls from a nursery in New Town and have included the day 1 photo and 6 months growth later. I have this one on the balcony for now to get some sunlight but it will be moved back inside soon. It’s growing really well and producing some really nice sized pearls compared to those it had growing at the beginning. 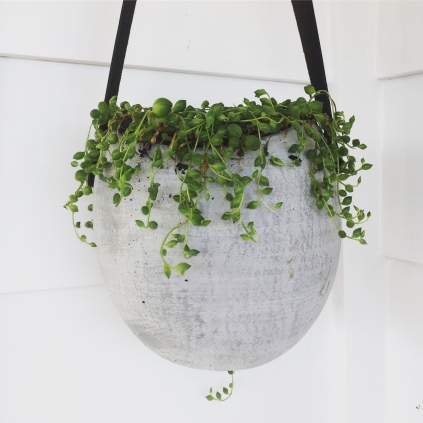 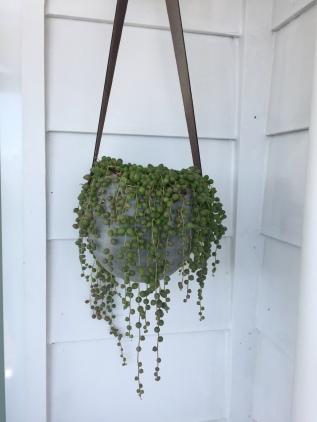 A pop up store in Murray Street in Hobart called Jungle by Verde has recently opened and after a recent plant delivery I dropped by the store to purchase two plants that I have been keeping an eye out for some time. The first is a ficus burgundy which is commonly known as the rubber plant due to the rubbery feel of the leaves. This one below has been placed upstairs in our bedroom and after only 1 week I can see a heap of growth so hopefully I have found the right position for it.

The second plant I purchased was a Chain of Hearts which really is gorgeous. It has grown in length so quickly and is already almost touching the floor. Ill have to look at moving it up another shelf higher or weaving the chain as it has become a little too tempting at eye level for Odin. 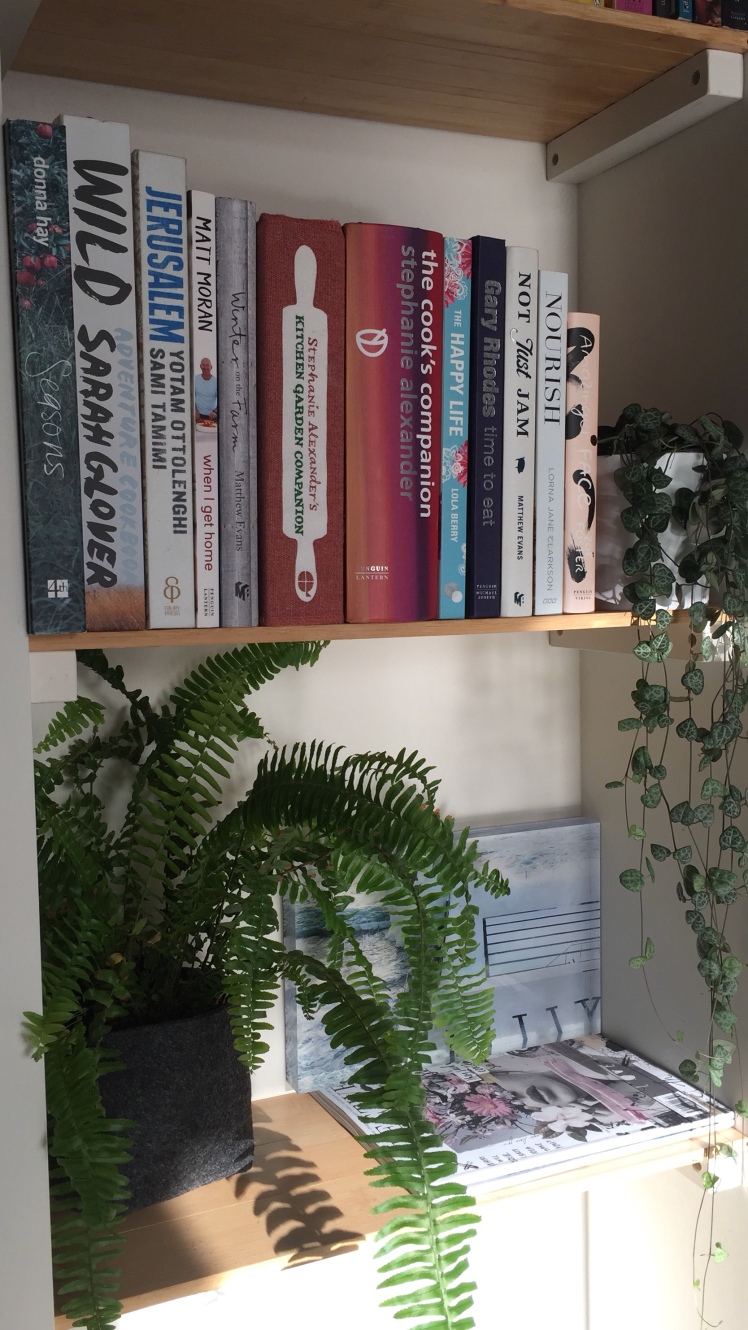 Quite a mouthful but simply beautiful. The colour is so bright green and contrasts against the black deck so well. Sadly it has become a tasty treat for the resident possums so I am trying to find a spot to hide it inside away from the possums to bring it back to life.

This little guy reminds me of a very delicate fern. It has been hot in Tasmania lately and the amount of water this one is drinking is a lot higher than I expected so I have to keep an eye on it every couple of days.

This is what it looked like when I first purchase it.

After 3 months, including a fair amount of dead removal, it has grown a lot and is looking very healthy. Its positioned at the top of the stairs and gets a lot of indirect sunlight throughout the day which seems to be working.

My Boston fern has been setup on the entertainment unit and gets a bit of indirect sunlight through the day. Its grown quite well but doesn’t like direct sunlight otherwise the leaves seem to burn instantly. The Boston fern needs the right kind of environment to flourish and this is a cool place with high humidity and indirect light.

The Boston fern also needs damp soil so you need to keep an eye on it. The humidity can also be increased by lightly misting your fern once or twice a week. If the leaves are turning yellow and they are in the right environment it is likely they don’t have enough humidity.

Here is the new plant and then 4 months growth later

I picked my Zanzibar Gem up from Bunnings which was great as it was only about $15 which is very cheap compared to the others I’ve bought.

The Zanzibar Gem is known as the ultimate indoor plant because of its tolerance to low light and lack of water. So even if you are known to neglect your plants the ZG can come back from this with a decent drink of water.

It’s best to keep the leaves clean which can be the timeliness care tip if you have a large plant.

If you are after another very hardy indoor plant the snake plant is the one for you! The don’t need a lot of light and are very drought tolerant. They also clean the air in your home by removing toxins such as formaldehyde and benzene. If that doesn’t make you want one, they also look really cool and don’t need a lot of water.

As the possum seems to eat all my outdoor herbs as soon as they get a small amount of growth back, I decided the only way around it would be to have something inside. This planter box is made out of an old pallet and is only around 10cms deep but is perfect to add a few herbs to nightly meals. I also love having the colour and smells so closely accessible and being able to re-purpose an old pallet into something that I think looks pretty cool is very much in line with my thinking.

This little guy has had quite a life already. Before moving house it was almost as tall as me and then we moved and winter hit and well, it was way too cold for this warmer climate plant. The lady at the nursery that sold it to me assured me everyone else was in the same boat and gave me a few tips for getting it back to life. In the end I had to trim down the branch and it finally started to grow back a few months ago. I am a little worried as it’s finally come back and we are heading towards cooler weather again so I’ll have to keep an eye on it and hopefully get it through the winter ❄️

As I like to do, here is the latest sunset this week from the balcony of our home. 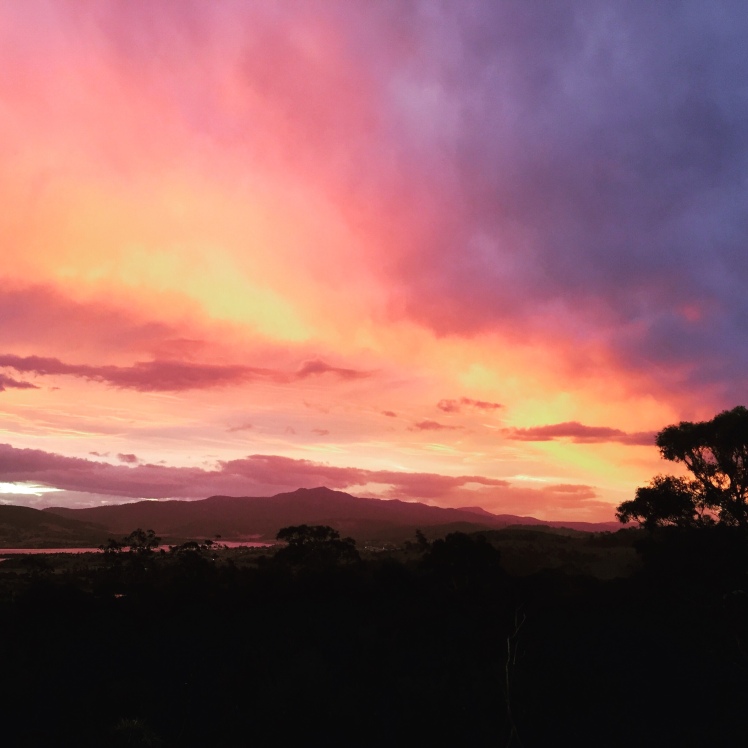