After buying a compost bin late last year I created quite a lot of good nutritious compost which I added to the garden at the rental before leaving. It was a good start to my learnings about composting.

Since moving out to Old Beach I started the compost bin again but it’s been far more challenging out here as the local wildlife seem to be helping themselves to the bin and eating all the food waste that was being put into the bin.

After doing some research into the different bins available that are more secure I came across the worm farm bins. In particular is the hungry bin worm farm.

It arrived in the mail and didn’t need too much effort in putting it together. I decided to put it in between our other two bins so hopefully it will be protected there with a little morning sun so the worms can defrost if gets cold. Who am I fooling, when it gets cold. 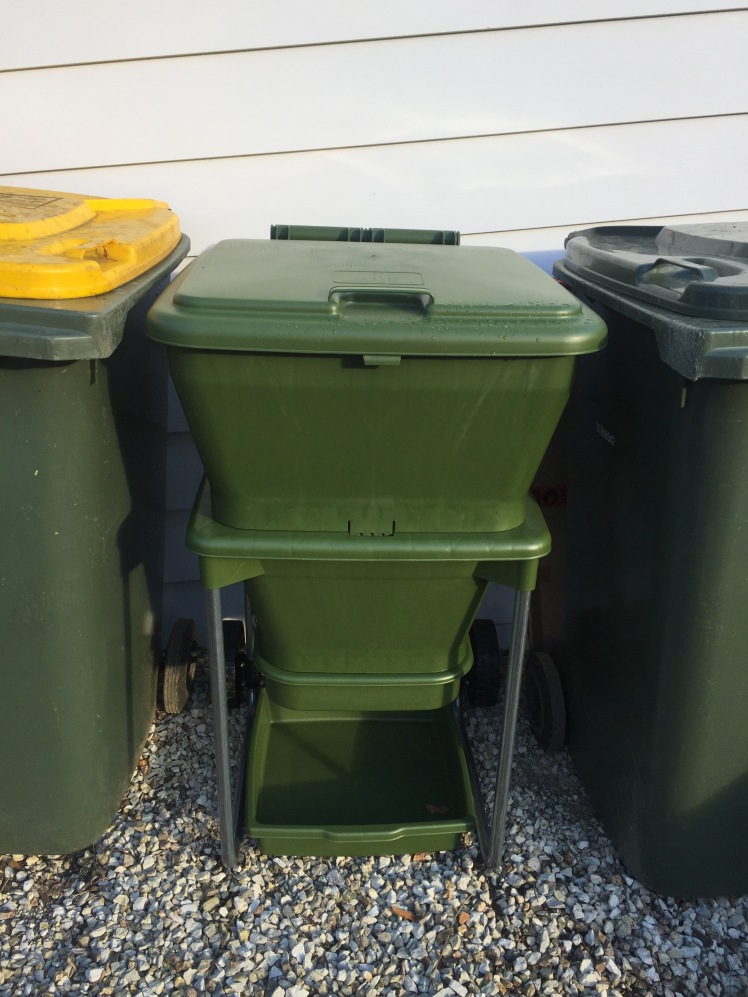 The way this worm farm is designed its setup so the worm juice goes into the tray at the bottom and the other tray connected to the main section collects all the worm castings which will be great for my veggie garden when it’s up and running. 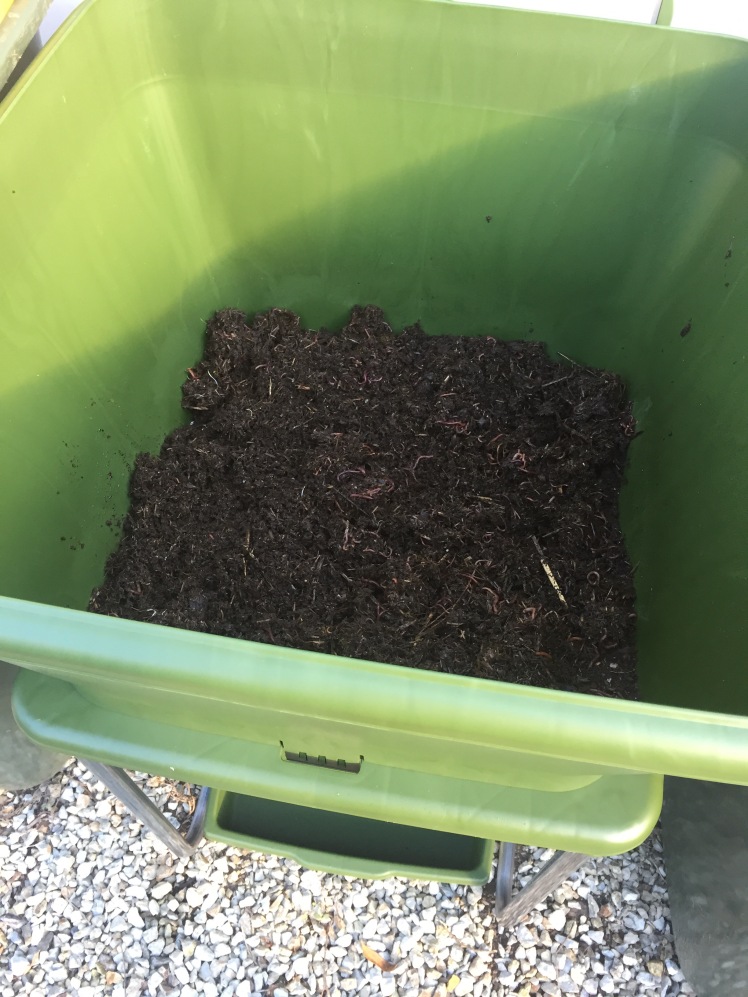 Preparing the bin for the worms I put in a heap of soil and then it was time for the worms. I bought them with the bin so they came in 2 x bags. They didn’t look like they were moving much so I was worried that they had already frozen. Luckily once I opened up the bag and tipped them into the bin they were riggling away.

It was then time for some food so they can start consuming the food waste we are producing and turn it into liquid gold.

I covered it up and will leave them too it for at least a week. By next weekend they should’ve consumed this food and be ready for a top up.

Back out the front, we hired the positrack again to finish off the area ready for the garden. Clint spread out the truckload of dirt we had delivered to level it out ready for the mulch.

It was then time for the 2 truckloads of mulch to be spread out. I’m stoked by how it’s turned out. I even get to enjoy this view whilst gardening. Now all the prep work has been done we are ready for the garden beds and plants. I’m getting excited just thinking about it.

We have plenty more to do and let’s hope it doesn’t all freeze over given we went far into the negatives during the week and everything had frozen including the pile of mulch below. We have though been getting some killer sunsets so I’ll leave you with these to enjoy. 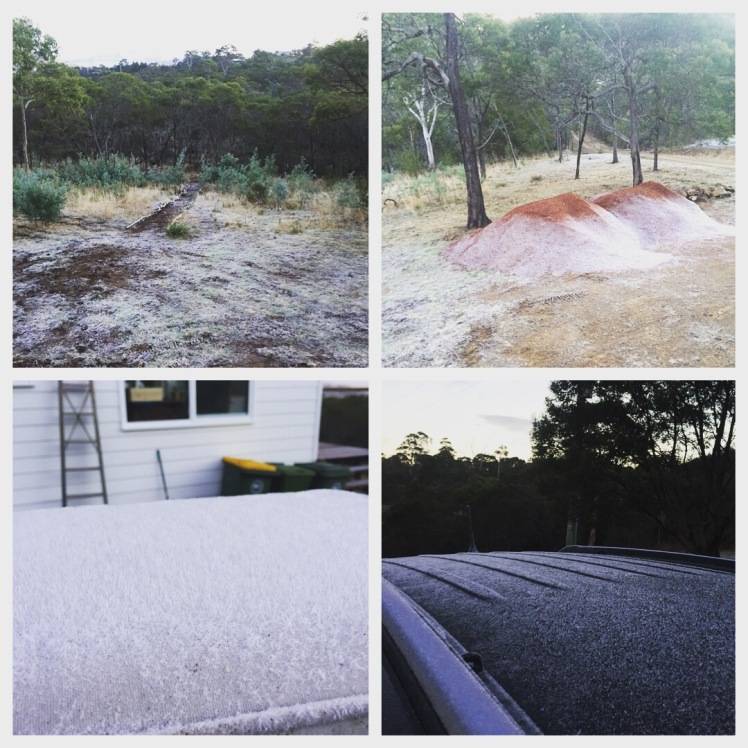 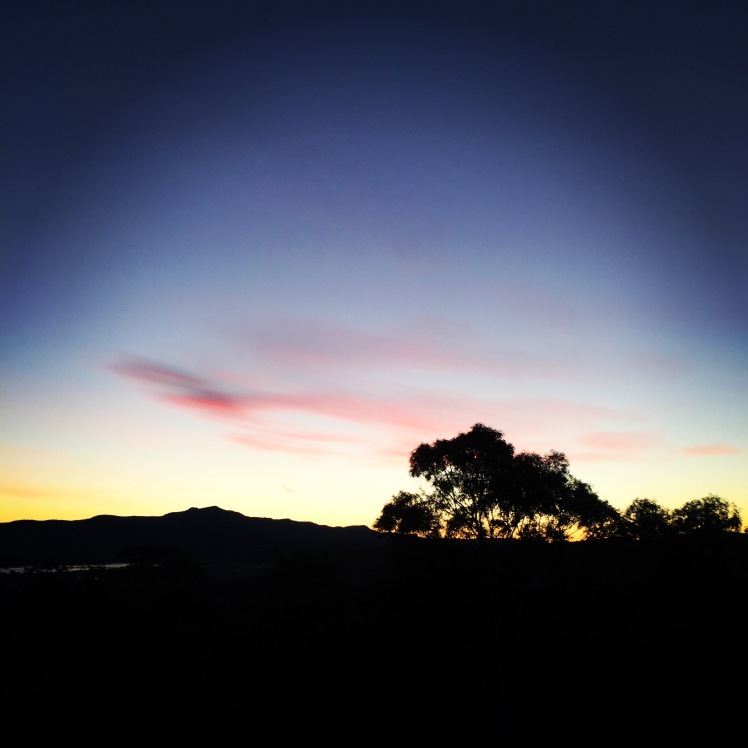