After departing Sydney we travelled to Canberra, the last state/territory in Australia we hadn’t yet been to. It was only a short 3 hour drive which gave us time to visit Parliament House and check out the capital city. We found Canberra extremely clean and tidy and very quiet after the madness of Sydney. 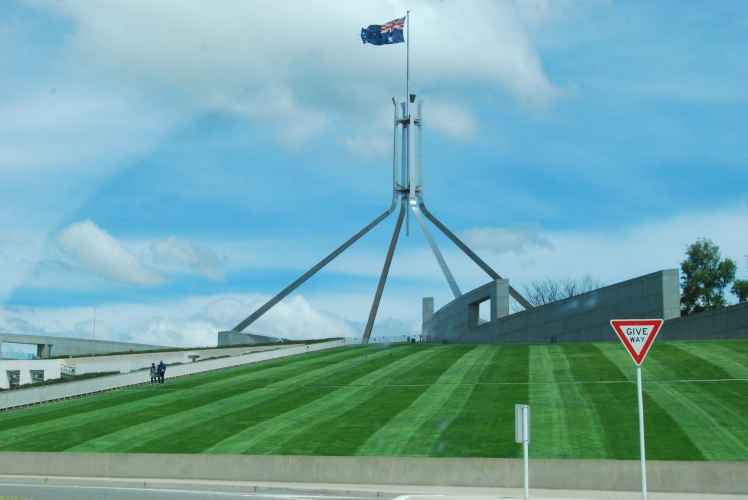 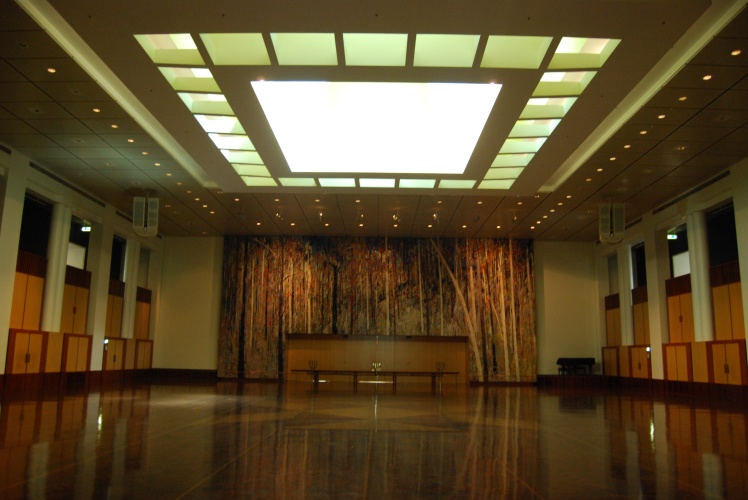 After a wander around town we put the swag up and had some dinner and bunked in for the night. We had some rain but luckily not too hard so we remained dry and had a good sleep. We woke up early to the sunlight poking through and ducks waddling around the swag so we packed up, had some breakfast and then ventured towards the Victorian border.

On the way, we came across a Dinosaur park and stopped for a couple of pics. 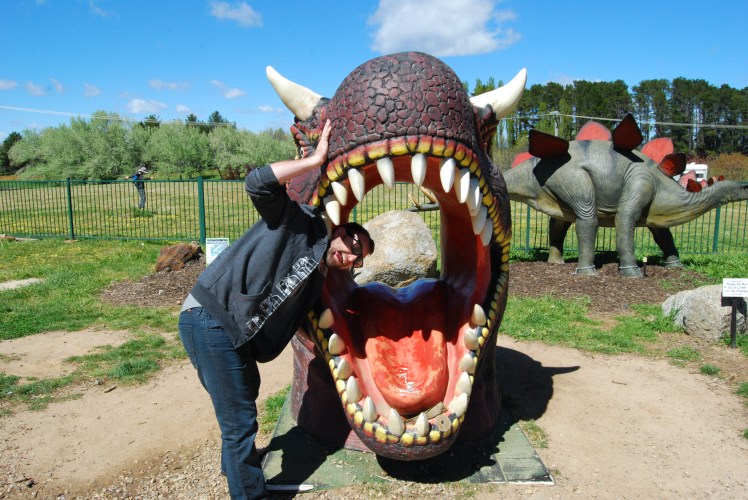 Back on the road we came across a very large ram to add to the collection of other large items we have come across (prawn, pineapple and banana) and fuelled up the car.

The scenery for the majority of this route had been rolling green hills and animals. Rather peaceful after all the traffic we’ve been used to for the last few days. 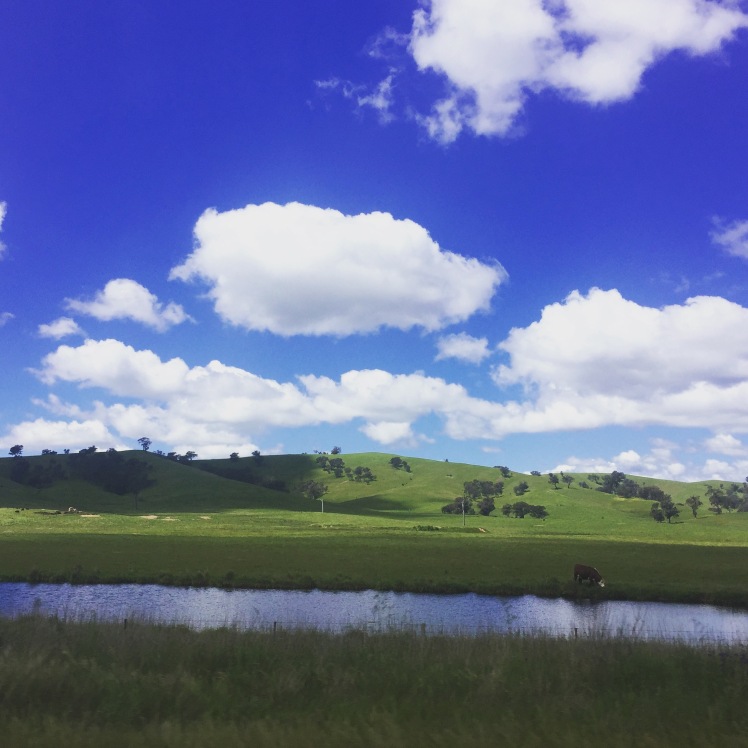 After a really nice dinner at a local Italian restaurant in Wangaratta we have settled in the swag for the night. Tomorrow, Melbourne.