We awoke rather early after a very wet night in Cowra which must’ve been coming in from all directions as we were rather soaked with drips coming from all directions. Once it starts dripping on your face you give up rather quickly and decide to get moving.

We packed up as quick as possible in the torrential rain and rolled up the wet swag. Now on the road we left Cowra for Bathurst. Just 1 week out from the actual Bathurst race they were preparing all the signage and pit lane. Fortunately being a normal street in Bathurst outside of the race we were able to go around the track (significantly slower than we wanted too) and get to know the twists and turns. It was extremely wet when we arrived but luckily after doing a number of laps it cleared up a bit and we managed to get a few good photos. 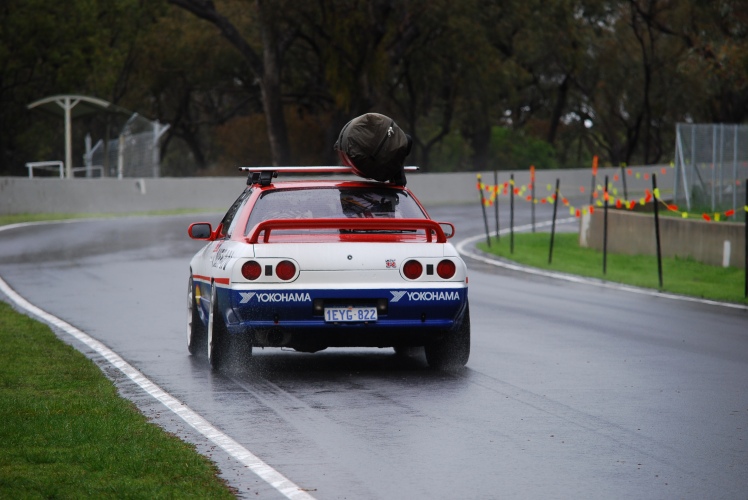 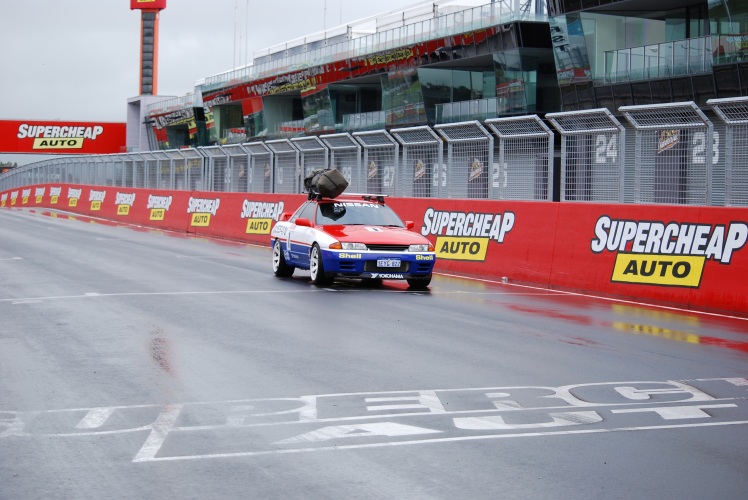 After we had a bit of fun we left Bathurst and headed towards Tamworth, our pitstop for the night. I should’ve realised by now that Siri (Google maps) finds the fastest route but not always the best route for the Skyline. When you start up a winding mountain (only to pass 1 car the entire way ) then end up heading down a dirt track that would loosen the tightest of bolts we became very attentive constantly on the lookout for cows, sheep, large potholes and dips and even had 2 water crossings. Luckily then weren’t more than 100ml deep so we made it through. 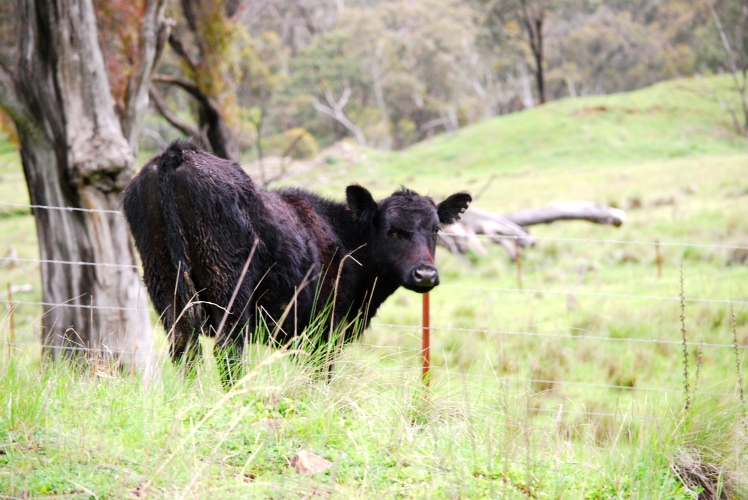 When we finally made it to Tamworth, the car looked more like a rally car than a track car. I guess we’ll find a car wash in the morning.

Once you hit the highways you also have to watch out for those Beef Buses.

Upon making it to Tamworth, raining of course, we found a caravan park and decided on a cabin for the night so we could have a dry sleep. We setup the swag  in the living room and hopefully by the morning it will have dried out. Clint also had a easier spot to tighten up a number of parts that had been shaken a little loose on our way here.

There was an error retrieving images from Instagram. An attempt will be remade in a few minutes.