We stayed the night in Fowler’s Bay which we considered may have been a bad choice when the bitumen road turned into a gravel road half way from the main road. Luckily it was a rather hard gravel road and the car survived.

It really was a tiny little fishing town in the middle of this enormous bay. Open land to one direction, massive sand dunes to the other and then the bay. We snagged one of the last remaining campsites for the night (way too many caravan’s out here) setup the swag and joined the rest of the campers for a big cook-up by the campfire. Who knew it was Saturday! I’m glad they provided the meal (for a few dollars of course) because there really wasn’t anywhere else to go to get food. They served up a great selection of barbecue meats, roast veggies and salmon off the open fire and a range of salads. They even had the TV on with the footy, but sadly GWS lost. We chatted to a few of the people and had a couple of drinks, trying to find out where would be best to stay on the next stop.

With barely a bar of signal on our phones and no power in this Eco-Campsite we switched off and had an early night. It was a damn cold night and when we got up most of the campsite had cleared out. I guess they get a better night sleep in a house on wheels…

We had our morning coffee and some porridge on my little gas stove, checked out and then headed down to the jetty, a 30 second drive. Crystal clear waters on the beach were very enticing but it would need to be a little warmer before I jumped in. 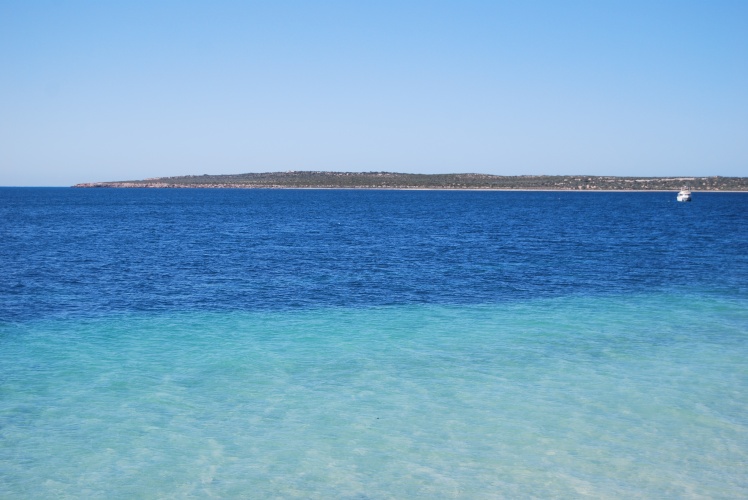 As the skyline isn’t an off road vehicle we ventured up the sand dunes on foot to take some snaps and enjoy the view.

Im sure the porridge had warn off by the time we got back down and we were back on the dirt road heading East in no time.

The majority of the land out here in SA must be farm land because it’s just field after field of nothing much. They are green and look very healthy but little to look at. We’ve used what little signal we managed to get along the way to download news podcasts and a heap of Dr Karl & Zan Rowe from Triple J podcasts of the science hour. They keep us entertained as well as learning and seem to pass the hours very quickly.

We took a detour in Minnipa looking for food but quickly were distracted and heading inland following signs for Pildappa rock. The lookout from the top of the rock was 360 degrees of green open lands. The rock itself was much like a mini Wave Rock, pretty cool I must say. 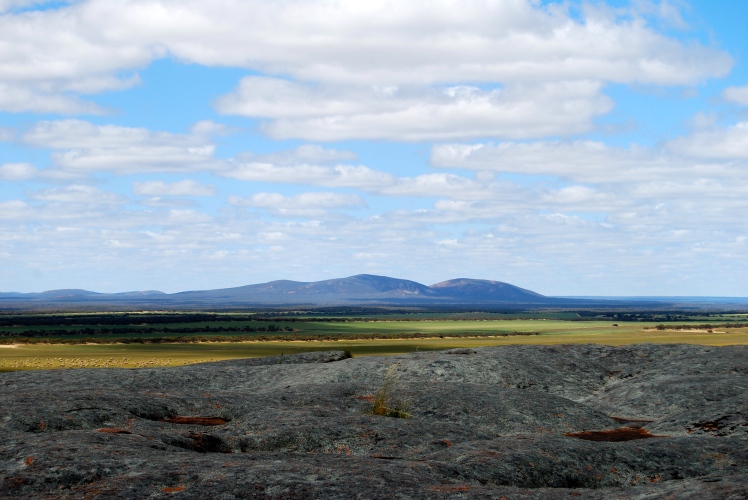 Back on the road after a fuel stop we headed towards Iron Knob.

It was an Iron Mining town that we decided to pass through instead of staying the night and headed for Whyalla which had a lot more to offer for just 30 minutes more driving. This town was rather large with shopping centres, schools, a university and the camping grounds were right on the beach. We woke to this view . 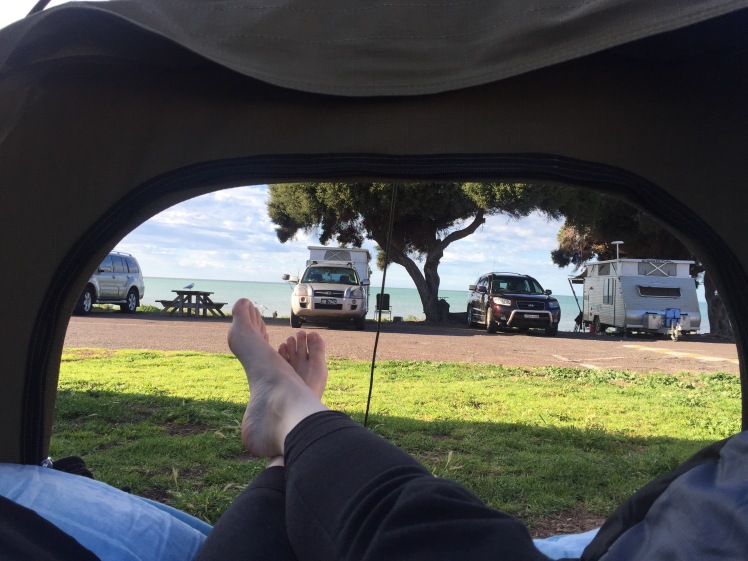 We are now about to hit the road for Adelaide and see a bit of city life for the first time in about a week.

There was an error retrieving images from Instagram. An attempt will be remade in a few minutes.