I can’t believe it, in less than 24 hours Clint’s Gemini wagon has sold! He listed it up on a few different Facebook pages last night and was contacted immediately by interested buyers. The first guy to look at it knew he had to have it and we got a really good price for it too. Fingers crossed it will be as easy to sell the skyline as well.

Whilst Clint is working away on the cars I’ve been cleaning and packing up a few more things and pottering around on a few different projects to keep me busy.

The first project was a concrete stool which was very simple. It’s currently drying so I’ll post a photo once it’s dried, sanded and finished up. Let’s hope it works out as planned.

My other project was one I started many months back but had forgotten about as it became buried in the back of the workshop. What better time to finish my jerry can revival. I actually found this old and extremely rusty jerry can when we were clearing out Clint’s shed many months ago and throwing a heap of stuff into the skip bin. Clint was ready to throw it away but I just thought it was perfect project to make new again. 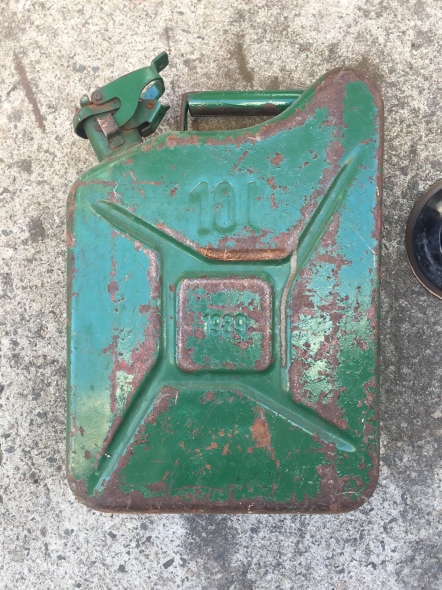 I only realised after grinding down some of the rust that the year imprinted on the side of the can was my birth year – 1989. I guess it was meant to be. I decided on a black wrinkle paint to give it a new effect and cover up the bumpy edges and I’m pretty stoked how it came up. 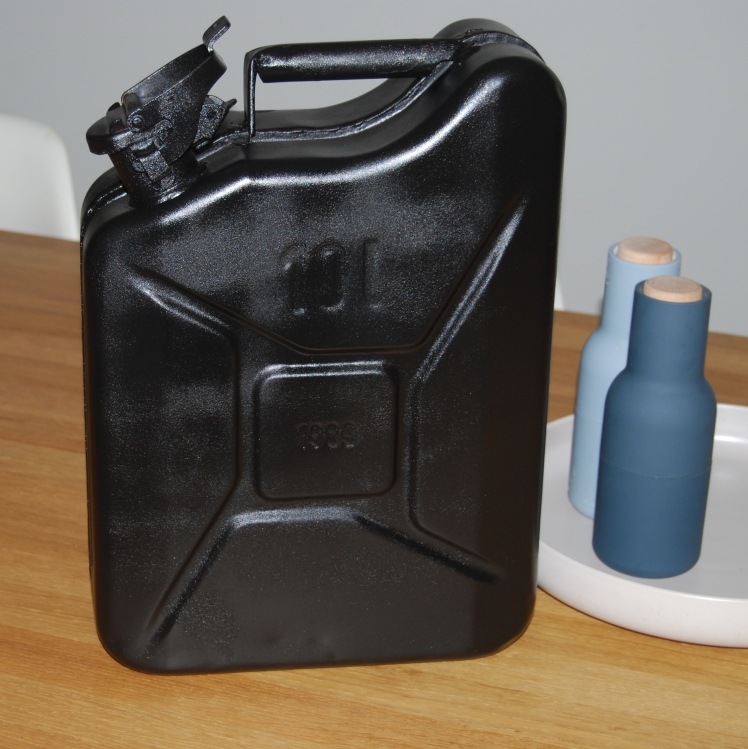 It may look a little rough and has a few dents but I like the effect it gives the can to show it’s age. I’m quite happy with the result. 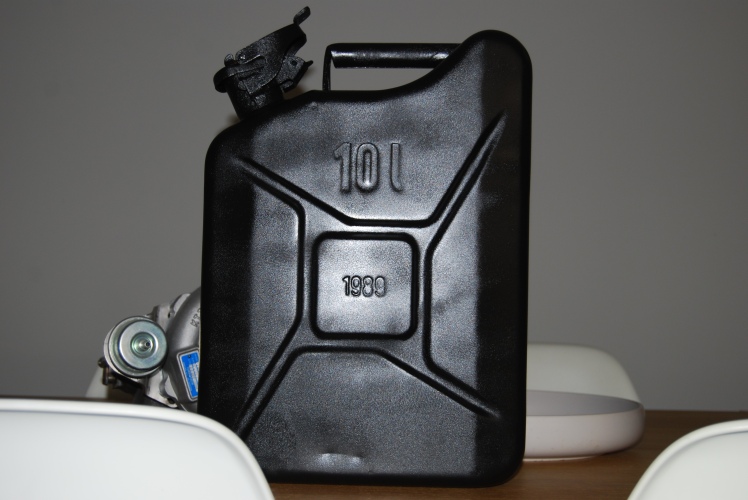 One thought on “Goodbye Gemini”